Since 1908 this thread, in conjunction with BSW (British Standard Whitworth) has been the mainstay of British Engineering, and was used when finer pitches were required. 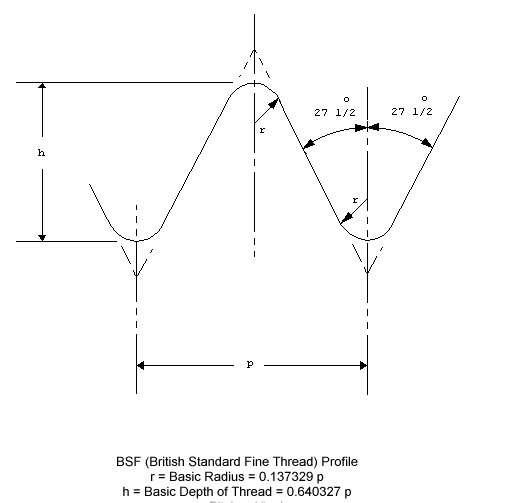 A finer pitch series, analogous to the American Unified Fine (UNF), although - unlike the case of BSW/UNC - with none of the pitches in common with UNF. Many motorcar and motorcycle manufacturers commonly used a lot of BSF threads.