This thread is tapered, but with an 'interference' fit. Unlike BSP, it needs no seals or gaskets. Pressure tight joints are achieved by the thread alone..

BSPT (tapered) male will mate with a BSPT (tapered) female and the BSPP female swivel. The BSPT male has tapered threads and a 30-degree inverted seat. The thread pitch is different in most cases, and the thread angle is 55 degrees instead of the 60-degree angle found on NPTF threads. Neither the British parallel pipe or the British tapered pipe has true metric threads, although many people find these threads "foreign" and conclude they must be "metric." 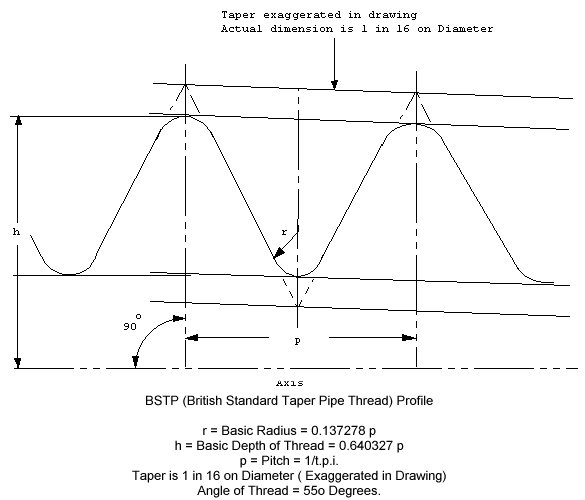