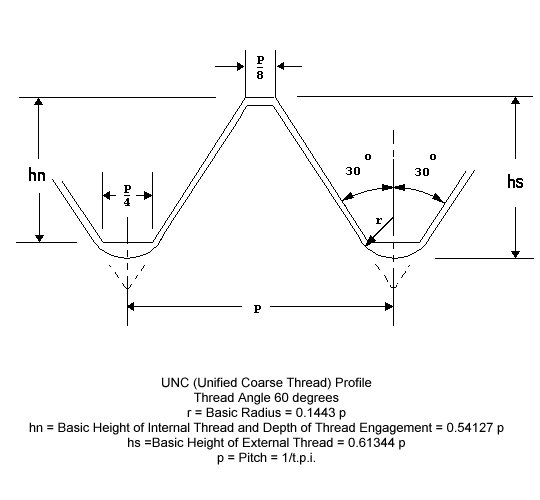 U.N.F [national fine] is exactly the same as the old S.A.E [standard american engineers] that existed before threads were unified.

U.N.C [national coarse] roughly derived from the British Whitworth having the same pitches except 1/2 in dia where Whitworth is 12tpi and U.N.C is 13 tpi.

Both these threads are 60 degree angle.

Early Harley and Indian motorcycles used 24tpi threads on most diameters 5/16 and 3/8 UNF are both 24tpi.